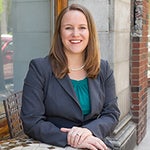 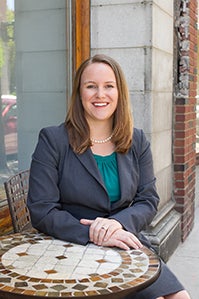 Madelyn O. Breerwood is an associate with Levey, Wagley, Putman & Eccher, P.A. Madelyn is excited to return to her hometown to help members of the community to prepare for their and their families' futures. Estate planning, probate, trusts, and MaineCare are the focuses of Madelyn's practice, as well as helping clients develop strategies to meet their future needs and wishes. Although we do not have a crystal ball to predict the future, Madelyn helps to make sure that clients are as ready as possible for what may lie ahead.

After being admitted to the Maine State Bar in October 2016, Madelyn moved back to her home state, working as a staff attorney for Legal Services for the Elderly during 2017. As a staff attorney with LSE, Madelyn advocated for seniors facing legal issues such as financial exploitation, MaineCare, Social Security, evictions, foreclosures, and powers of attorney. Prior to moving back to Maine, Madelyn was an associate at Herman, Herman & Katz in New Orleans, Louisiana, where she worked extensively on the Chinese Drywall litigation team, as well as on matters involving corporate and individual clients concerning multiple areas of law. During law school, Madelyn was a member of the document review group of the Deepwater Horizon Oil Spill Multi-District Litigation team, among other positions in the legal field.

In her spare time, Madelyn enjoys running, biking, hiking, and generally soaking in the outdoor beauty of Maine, as well as traveling as much as possible. Ms. Breerwood is a Winthrop native, and currently lives in Topsham with her young family.

To contact Madelyn or to learn more about our services, our fees, or to schedule an appointment, please contact us today.

Please call our office during business hours if you would like to provide a credit card number over the phone.