When the US federal government established its social insurance program on August 14, 1935, its purpose was to provide retirement, disability, and survivors' benefits. Since that time, in part due to the disappearance of extended family networks, an increase in population, and a profound increase in life expectancy, it has become challenging for the Social Security Administration (SSA) to maintain the benefits promised to Americans.

According to a Transamerica survey, 80 percent of Millennials (born between 1979 and 2000) do not think they will receive any Social Security benefits at all. This apprehension comes as no surprise because many people have been saying that the Social Security benefits system is going to go broke for years. Millennials may be right to be skeptical about receiving benefits three and four decades hence, and the program does have problems, but it is not going broke yet.

By its admission, the Social Security Administration reports that the Old-age and Survivors Insurance (OASI) Trust Fund and the Disability Insurance (DI) Trust Fund are scheduled to be depleted in the year 2034 if Congress doesn't act. However, there is another source of income for Social Security benefits. Even in the absence of both SSA Trusts, hundreds of billions of dollars in payroll taxes will still be collected and billions in benefits will still be paid. Even if Congress did not intervene to address the current challenges, the system would still be able to pay 77 percent of projected benefits beyond the year 2034.

Because of the bipartisan support the Social Security program receives and influential lobbies including the very powerful AARP, it is highly probable that Congress will intervene to strengthen Social Security's finances. Millennials' uncertainty about the program's solvency may lead to poor decision making regarding their retirement savings and plan. It is never too early to start looking at the basic tenets of when you will be able to retire successfully. Just because Millennials consider the future of Social Security benefits as tenuous, it should not deter them from saving money, investing, and reviewing and updating plans as circumstances change. 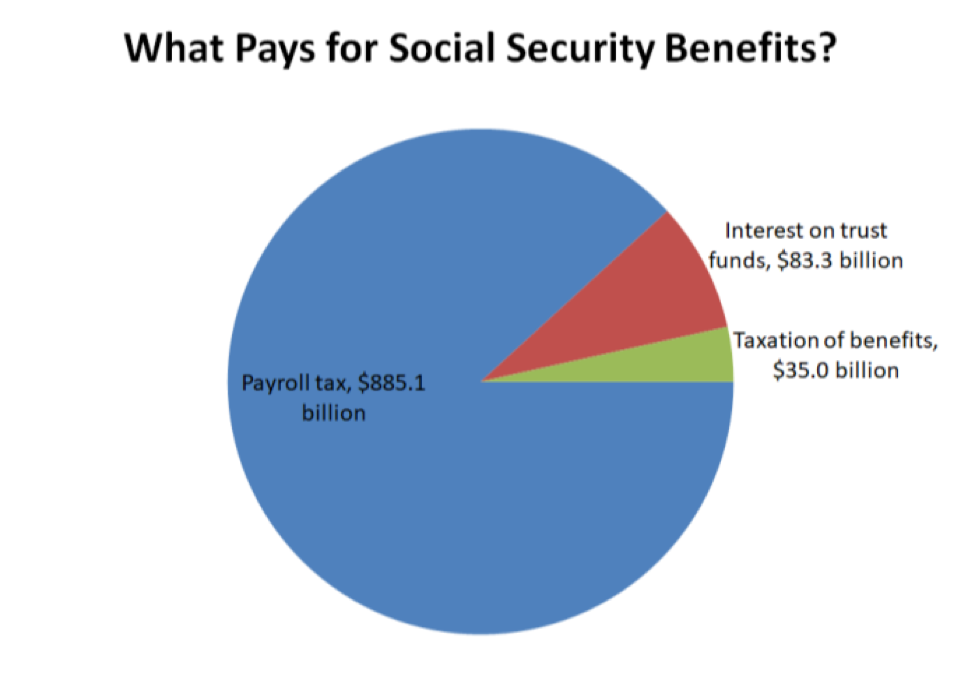 The average Social Security benefit is currently slightly less than $1,500 a month. To successfully use the financial planners 4 percent rule would require a savings of $400,000 to generate a similar income to the average Social Security benefit. Projections by the Urban Institute estimate that Millennials will receive about one million dollars for a single adult of average-income and two million dollars for a couple.

Maybe the good news about Millennials' skepticism about the solvency of Social Security is their interest in starting retirement savings planning earlier than the generations before them. Millennials who are saving are beginning around 24 years old and with good reason. Pensions in the private work sector are becoming increasingly rare; employers may go out of business; and job-hopping is much more common among younger American workers, which can easily lead to errors in income reporting.

All Americans should create an account on the Social Security Administration's website, which allows you to check your earnings records and request that errors be corrected. Even checking every three years is good enough to know that your Social Security benefits will track accurately based on your income. Before ever claiming your benefits, be sure to employ one of many software tools that educate you about claiming strategies for Social Security. Millions of Americans make the mistake of taking their benefits too early, which locks them into permanently reduced payments. The financial incentives the SSA provides for delaying when you take your benefits can net you up to $250,000 more. Benefits currently increase between 7 to 8 percent for every year you delay after the age of 62, capping at maximum benefits at the age of 70.

Millennials are expecting their prime source of retirement money to come from self-funded financial vehicles like 401(k) plans, IRAs, and other savings and investments - and ultimately, that is a good thing. For most of us, having "too much money" for retirement is unlikely, so planning additional sources of income beyond Social Security benefits is an excellent strategy. The social contract the federal government made for, and funded by, its citizens, in all likelihood will be there for the Millennial Generation - but no one knows the future. With 18 percent of Millennials expecting to live to 100 years of age or older, getting information and advice about how to achieve retirement goals is more important than ever before.

If you have questions or would like to discuss your particular situation, please don't hesitate to contact our Winthrop, Maine office by calling us at (207) 377-6966.

Daniel J. Eccher, Esq. is the Managing Shareholder at Levey, Wagley, Putman & Eccher, P.A., in Winthrop, Maine. Dan's favorite problem to solve is helping clients figure out how to afford long-term care while having something left for their family.

Please call our office during business hours if you would like to provide a credit card number over the phone.