What the 2020s Hold for Baby Boomers

The baby boom generation is comprised of those Americans born 1946-1964, and according to the US Census Bureau (Bureau of Census), their numbers are estimated to be 73 million strong. This number represents nearly 20 percent of the American public. As they enter their 60, 70, and 80th decades, their influence will help to guide how billions of federal funds will be spent on critical public services like health care, housing, and social safety net programs like social security. The guiding forces behind baby boomer life in the 2020s are high expectations during a much longer retirement, more investment choices but less investment safety, and rising interest rates. There is more of a reliance on personal savings instead of pensions (which are often underfunded), while the gap of aging success between the rich and the poor remains.

As a demographic group, baby boomers wield the most financial power of any living generation. 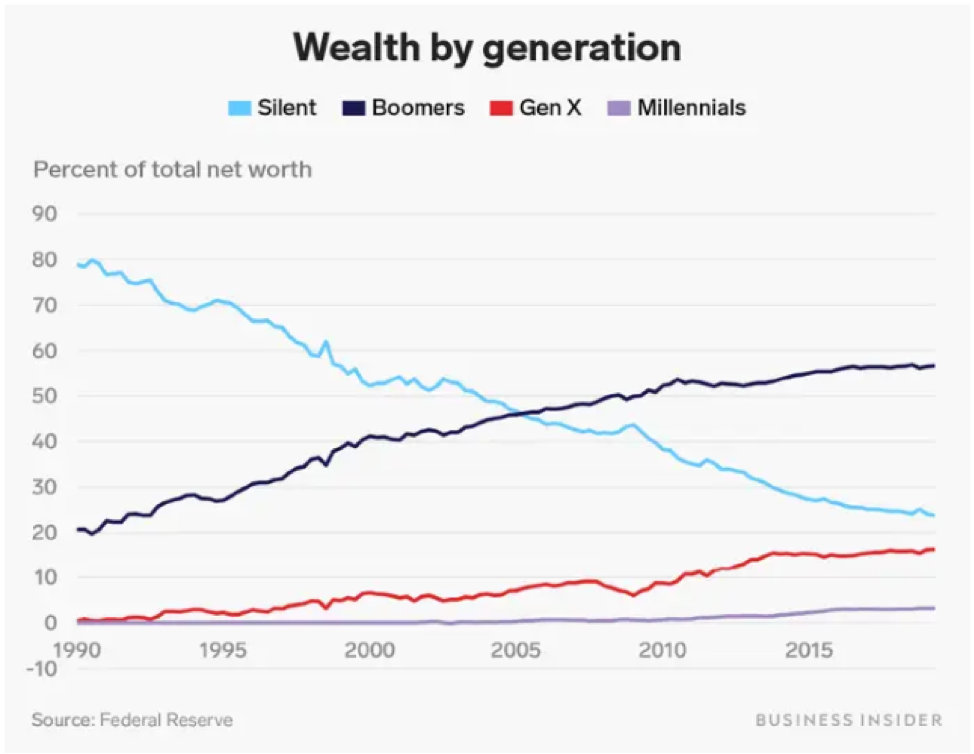 As such, they continue to have a powerful impact on the direction of the US economy. Aside from federal spending, baby boomers are a significant focus of the marketing campaigns and business plans of many corporations. As a generation, they are also shifting focus from lifespan to "healthspan." The cliché phrase "60 is the new 40" is rooted in how many baby boomers feel, more active and vibrant than ever before, and with a bank account to command attention and to buy freedom of choice. An extension of this wellness trend is a retiring populous that is busy traveling, running marathons, building homes, starting new businesses and new chapters of life. Mindfulness and wellness are hallmarks of this generation, and it is leading them to a higher quality of life in retirement.

Despite this aggregate of optimistic financial data, there is evidence suggesting the current poverty rate of 9 percent in the elderly American population will remain steady in the coming decade. Approximately 7 million older people will be living without sufficient income to meet housing, utilities, food, and medical needs. Many more baby boomers may fall into the poverty category in the 2020s because of insufficient retirement planning. Addressing this inequality will be challenging as successful aging is in large part due to financial stability as the rich are living longer while the poor are dying younger. Measuring retirement security then is based on overall healthspan (the number of years you can live independently) and "wealthspan" (the amount of money over time you have available for your non-working years). The success of baby boomers' retirement is generally defined decades earlier by education level, work history, economic affluence, and savings throughout their working years - with a bit of luck tossed in.

The time in which baby boomers have had to accrue wealth has been primarily an economic boom cycle with a couple of economic corrections and downturns, most notably the Great Recession of 2008. Depending on how a baby boomer may have been financially positioned during these times can be the difference between substantial personal savings and struggling to meet retirement income needs. The equivalent purchasing power of one dollar in 1980 is $3.12 in 2020. A steadily increasing interest rate and an overall lessening of the dollars purchasing power can make fixed income living a precarious situation. Additionally, the cost of living adjustment (COLA) through social security benefits is not favorably weighted to living expenses of the aging US population. The deregulation and rules of financial vehicles that offer low to no tax rates like IRAs, Roth IRAs, annuities, life insurance policies, and the like are continuously amended, mostly in the economic favor of the government or corporations offering the financial options. Even private and government pensions are not safe from payout reductions. The Social Security Administration (SSA) is admitting that without legislative reform to its program, Social Security benefits will only meet 75 percent of scheduled benefits by the year 2035.

The socioeconomic impact of the baby boomers will be an active force throughout the 2020s. As a generation, they are morphing the word “retirement” into the notion of a transitional life phase as they seek to re-purpose their lives rather than sit on the proverbial front porch swing. Creative and inventive life shifts are inevitable as baby boomers spend down their wealth and money-making institutions, private or government, are poised to earn or tax those dollars.

We help baby boomers create comprehensive estate plans that focus on their current health and financial needs and the needs of those to whom they wish to leave an inheritance.

If you have questions or need guidance in your planning or planning for a loved one, please don't hesitate to contact our Winthrop, Maine office by calling us at (207) 377-6966.

Daniel J. Eccher, Esq. is the Managing Shareholder at Levey, Wagley, Putman & Eccher, P.A., in Winthrop, Maine. Dan's favorite problem to solve is helping clients figure out how to afford long-term care while having something left for their family.

Comments have been disabled.